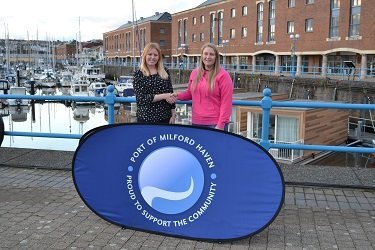 Staff at the Port of Milford Haven have had a busy twelve months of fundraising for their 2019 charitable cause of the year, Alzheimer’s Society Cymru.

Every year, employees vote for a charity to receive not only a financial donation but also extra support by organising and attending fundraising activities. Several charity events have been held over the past twelve months including fancy dress days for Halloween and Christmas, a Great British Bake-Off competition and 5k fun runs.

Alzheimer’s Society is the only charity that campaigns for change, supports people living with dementia and funds research to find a cure for the disease. 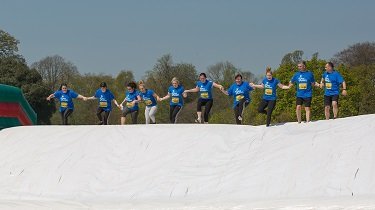 Jordan Harbin, Community Fundraiser at the charity, is delighted with how the past twelve months have gone, commenting “It’s been a pleasure to work with everyone at the Port of Milford Haven during their partnership with us. The Port’s commitment to uniting against dementia has been demonstrated through the fundraising activities they have participated in and the funds raised throughout 2019. Over 45,000 people living in Wales have dementia, so it is vitally important to have the support of local communities and people who are willing to help raise the funds needed to support people affected by the condition, invest in research and hopefully – one day – find a cure.” 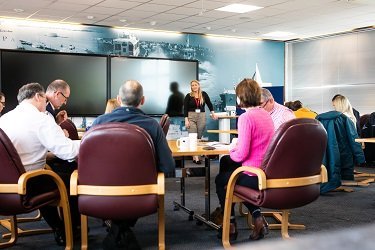 PR and Communications Executive at the Port, Sara Aicken, said “We really enjoyed supporting Alzheimer’s Society Cymru throughout 2019. Unfortunately, many of our staff will know someone affected by dementia, so to be able to directly help a charity doing such fantastic work to support sufferers and their families is really important to us.”

The Port of Milford Haven’s charitable cause of the year for 2020 will be announced later in January.

Photo 3: A Dementia Friends session was delivered to staff by Jordan Harbin