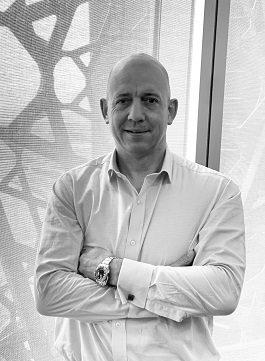 The Port of Milford Haven, the UK’s largest energy port based in South West Wales, has announced the appointment of ‘Tom Sawyer’ as its new Chief Executive.

Tom will officially start his position at the end of April 2022, taking over from Andy Jones who previously announced his decision to step down from the role. Tom brings significant leadership experience, having spent three and a half decades delivering value and impact for organisations spanning defence, security, intelligence, and technology.

Chris Martin, Port of Milford Haven Chair, said: “I am pleased to welcome Tom to the Port of Milford Haven.  His personal leadership and engagement style will be key to the continued success and delivery of our strong values and culture development that has been supported by the management team and embraced by the rest of the organisation in recent years.

“Tom joins us at a very exciting time as we strengthen our core service offering and seek to deliver on our ambitious diversification strategy. His experience and expertise will be invaluable as we support the Nation’s drive to Net-Zero.”

In 2017, Tom led the initial business set up and strategy development of BQ Solutions, a Joint Venture in Qatar. Then, as the Business Development and Solutions Director, he was in the vanguard of the engagement into Qatar’s Ministry of Defence and its Armed Forces and played a central role in winning and delivering significant business that provided his clients with operational and commercial advantage. As a result, BQ Solutions is now a valued member of the Barzan Holdings family of companies; an organisation which prides itself on the substantial benefits that it’s programmes and investments provide across the State of Qatar.

Tom said: “I am thrilled to be returning to Wales and to have been given this opportunity to make a contribution to the future prosperity, quality of life and wellbeing of the people of Pembrokeshire.  Having family that live and work here, and having formed some of my fondest memories in the County, it is a place that I care deeply about.  I cannot wait to throw myself into this challenging role and to work with stakeholders to grow the business, build for the future, and ensure the long term relevance of the Port to the region and Nation.” Careers at the Port

Find out more about working at the Port