You are here: Home > News & Downloads > News > New Chairman for the Port of Milford Haven 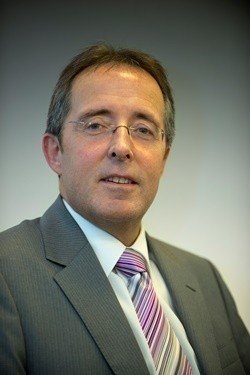 The Port of Milford Haven is delighted to announce the appointment of Mr Chris Martin as its new Chairman.  Mr Martin has been appointed by the Secretary of State for Transport and will take up the post on 1st August 2017.

Born and bred in Pembrokeshire Mr Martin has been Vice Chairman of the Port of Milford Haven for the last four and a half years, a role he will now relinquish to become Non-Executive Chairman of the Port.  For the majority of his career he has been a successful entrepreneur building and then selling pharmacy chains in the South West of England and Pembrokeshire. In more recent years he has fulfilled a number of non-executive and voluntary roles, being Chairman of four successive health organisations in west Wales and the lead Chairman of all health Organisations in Wales from 2009 to 2014.  He is also currently a Non-Executive with Alliance Healthcare Distribution (UK) Ltd, Managing Director of his own property development company, Deputy Chairman of the Bevan Commission and a member of the Marie Curie Wales Advisory Board.

Mr Martin succeeds Peter Jones who, in stepping down from the post of Chairman at the end of July, will be drawing to a close an active involvement in the management of UK ports that first began in 1977 and whose career included being Chief Executive of the UK’s two largest port groups.

Commenting on his appointment Mr Martin said “The Port of Milford Haven is a critical gateway for the UK economy.  I am truly honoured to have been given the opportunity to play a leading role as Non-Executive Chairman. As the Port moves forward with exciting new developments I look forward to working with my colleagues on the Board and the executive team to ensure that it continues to be a safe and successful business delivering high quality infrastructure and services and generating growth and employment”.

Photo: Chris Martin appointed as Chairman of the Port of Milford Haven

The Port of Milford Haven is a Trust port – an independent, commercially run organisation that has statutory responsibilities governed by its Acts, to maintain and improve navigation and the provision of Port and Harbour services and facilities.  Additionally, the Port provides significant financial and in-kind support to a wide variety of local causes.  All profits are retained within the business to fund these objectives.